Stories
by
Portugal is the #4 country in the EU with the most electric chargers per 100km of road, according to a recent report from the European Automobile Manufacturers’ Association (ACEA) 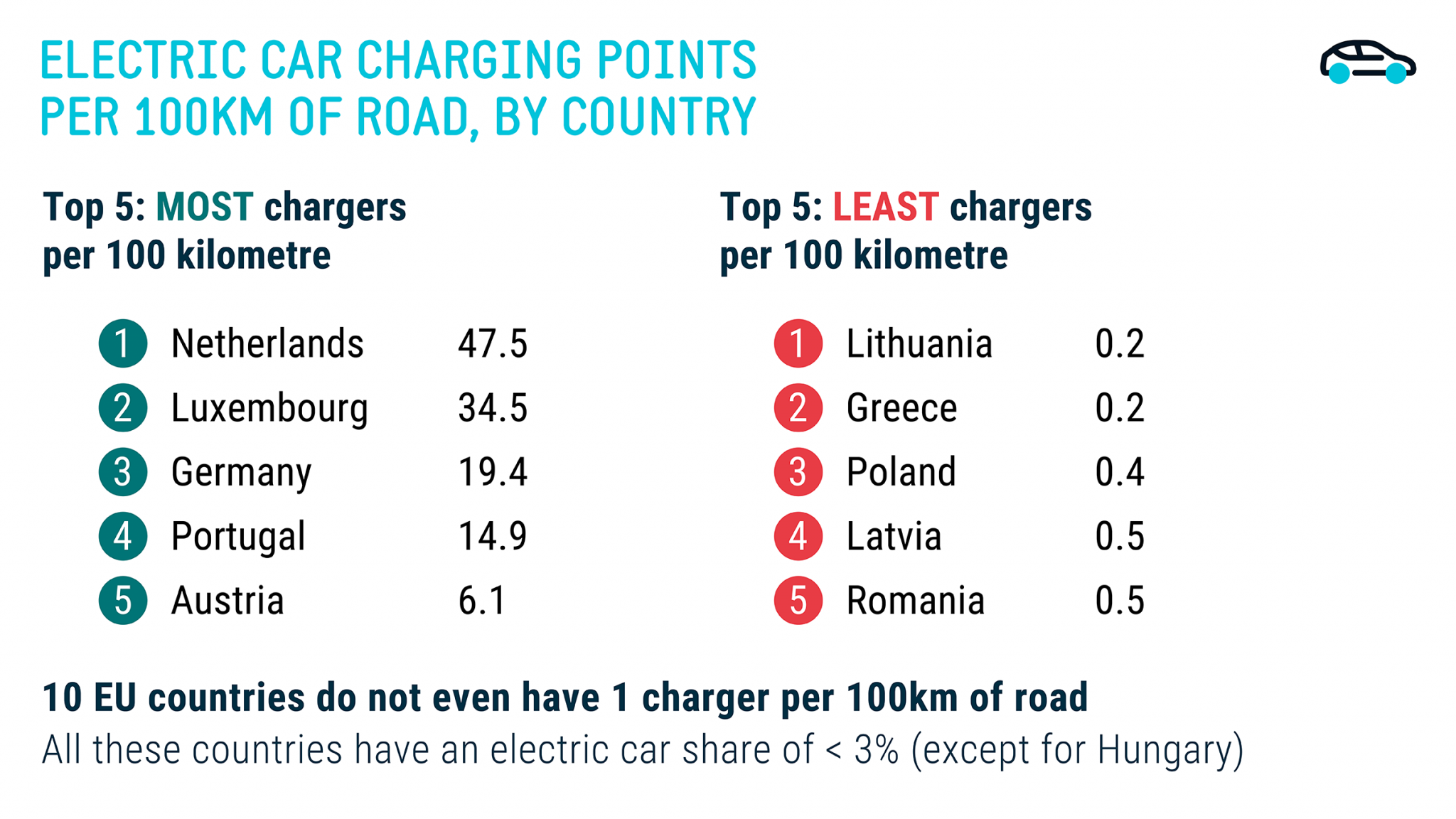 There is a serious lack of electric charging points along the road networks in most EU member states, according to new data from the European Automobile Manufacturers’ Association (ACEA).

The findings show that 10 countries do not even have one charger for every 100 kilometre of key roads. All of these countries also have an electric car market share of less than 3% (except Hungary). 18 EU member states have under 5 charging points per 100km of road, with just four possessing more than 10 chargers for each 100km of streets.

As part of its Fit for 55 climate package published in July, the European Commission proposed that by 2030 CO2 emissions from new cars should be 55% less than 2021 levels – up from the 37.5% target for 2030 set only three years ago. European automakers will have to bring millions of electrically chargeable cars to the market over the next years to meet this challenging new target.

“Consumers will not be able to make the switch to zero-emission vehicles if there are not enough charging and refuelling stations along the roads where they drive,” cautioned ACEA Director-General, Eric-Mark Huitema.

“For instance, if citizens of Greece, Lithuania, Poland and Romania still have to travel 200km or more to find a charger, we cannot expect them to be willing to buy an electric car,” explained Huitema.

“Massive progress on infrastructure deployment will have to be made across the EU in a very short timeframe. The advances made in a few Western European countries are encouraging, but should not distract us from the dire state of the charging network in other EU countries.”

Indeed, the contrast between the Netherlands – the country with the most chargers (47.5 for each 100km of road) – and a vast country like Poland (eight times bigger, but only one charging point for every 250km) is striking.

Huitema: “Unfortunately, the proposal for an Alternative Fuel Infrastructure Regulation – also a component of the Fit for 55 package – is out of sync with the Commission’s ambitions for the CO2 targets. While we appreciate the introduction of much-needed binding targets for charging and refuelling stations in each member state, they will need to be strengthened significantly if we want to meet our climate goals.”

ACEA is therefore calling on the European Parliament and the Council to grasp this opportunity to put the right conditions for e-mobility in place during the upcoming negotiations on Fit for 55. 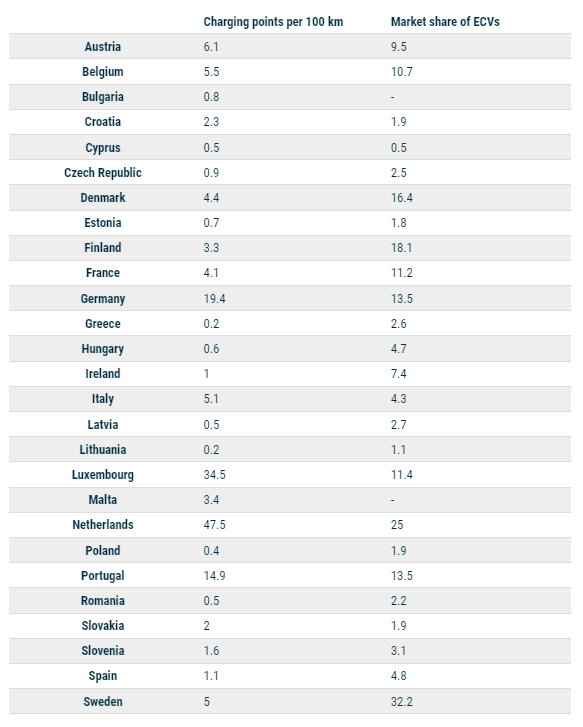